Ranking of Employment Rates of Students 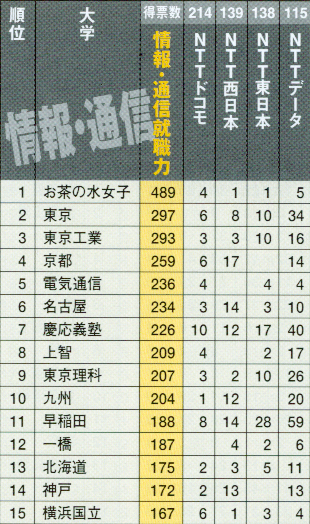 * We have received a permission to use the above scanned image from Yomiuri newspaper Co.

* This Web site has been developed by students
in the department of information sciences.